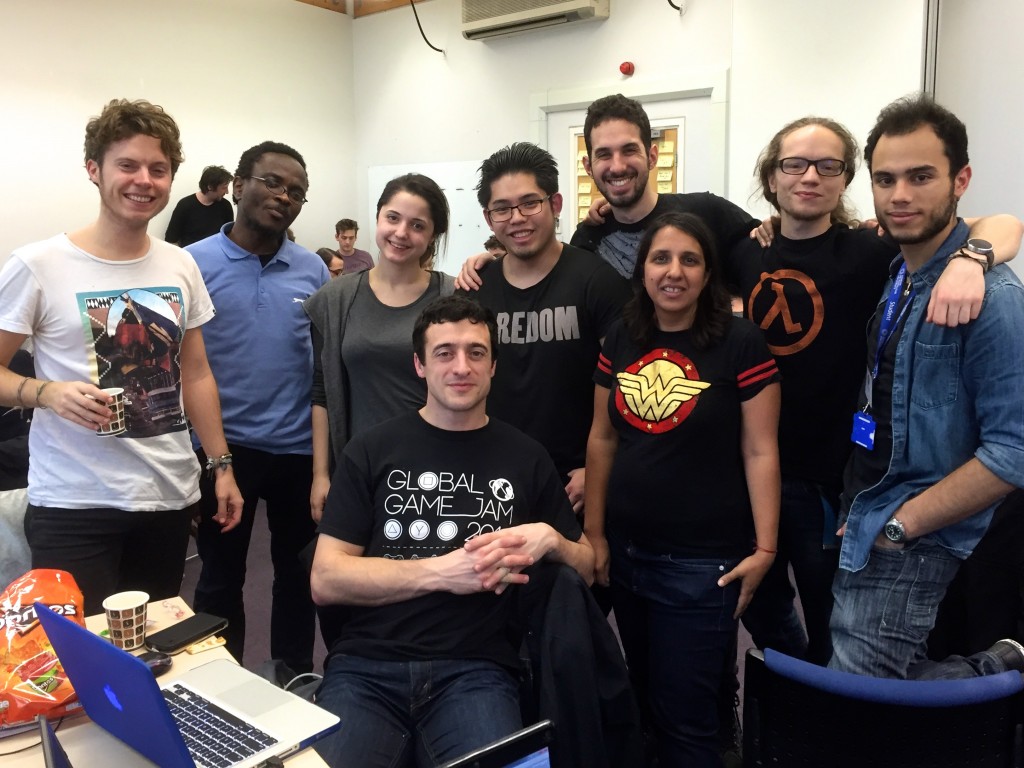 Erik, Dimitri, Ana and Quoc worked tirelessly all weekend at this year’s Global Game Jam, hosted by Londonmet at Accelerator.  They were part of a team developing “A Clowny Day”, inspired by this year’s theme: RITUAL 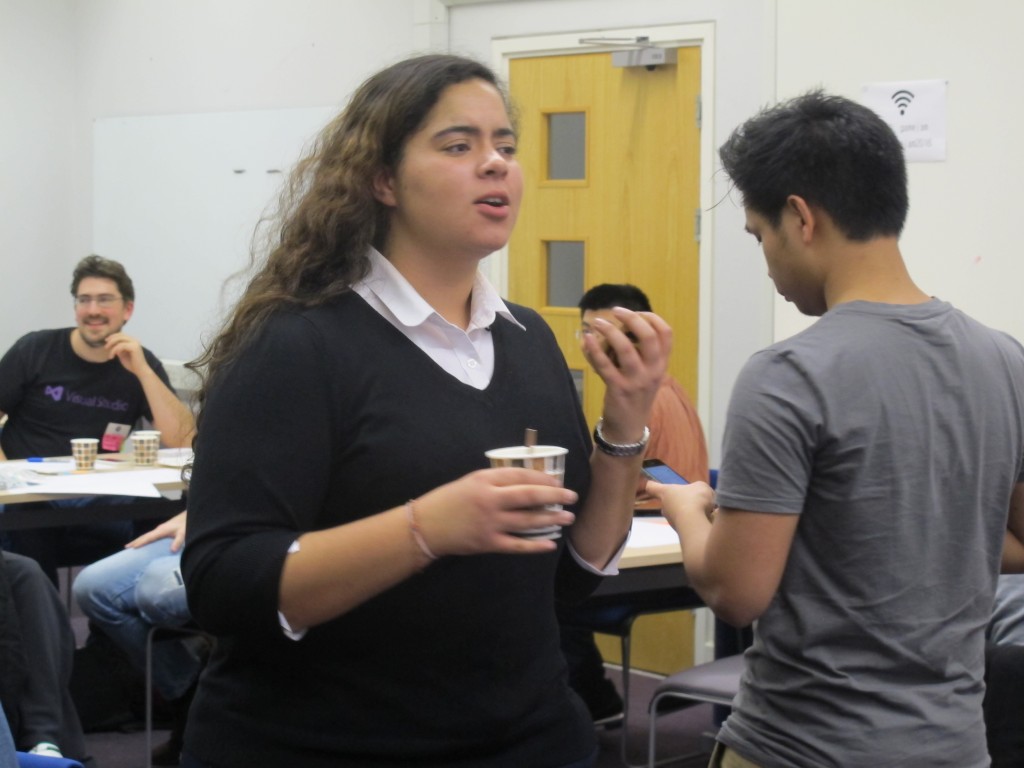 The jam kicked off on Friday evening with a keynote and the release of the secret theme, then some brainstorming and ice-breaking with Londonmet Computer Games Programming graduate Tyanah Graham, who reprised her role as Mistress of Werewolf.

Then it was down to business, as teams began to work on their ideas and settle in for a hard night of digital work.  Some of the jammers stayed overnight, sleeping on the floor – 48 hours to make a game requires a lot of stamina!

On Saturday, graduates Ashley Mackenzie and Chris Newsum visited the site to meet new students and talk about their careers since graduation.  Ashley is a lighting expert, currently working for Cloud Imperium Games while Chris works at Rocksteady Studios, doing game testing. 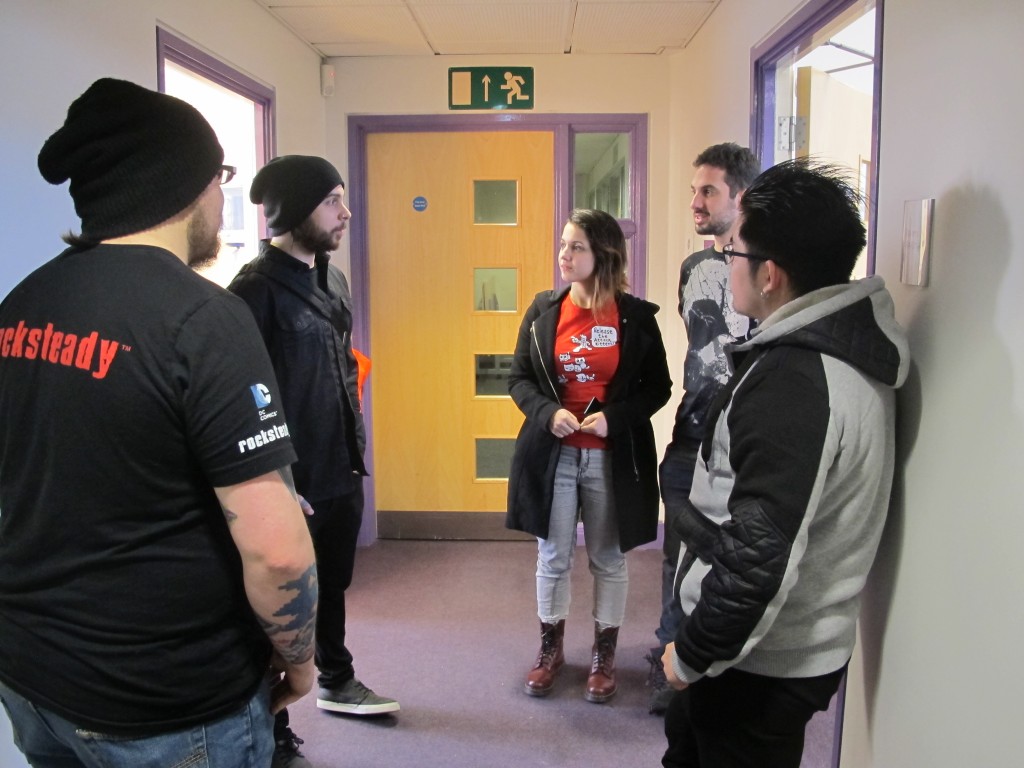 Chris and Ashley talk to Ana, Dimitri and Quoc

We also had a visit from Gorm Lai, one of the founders of the Global Game Jam, luckily captured on our twitch live stream…

The jam wound up on Sunday, when teams had to upload their final games to the GGJ site by 3pm.  We did some play-testing and a show-n-tell, hearing how everyone had approached the theme.  With over 40 participants, it was a busy, exciting weekend and some awesome games were produced – check out all the GGJ games here: http://globalgamejam.org/2016/jam-sites/london-metropolitan-university/games 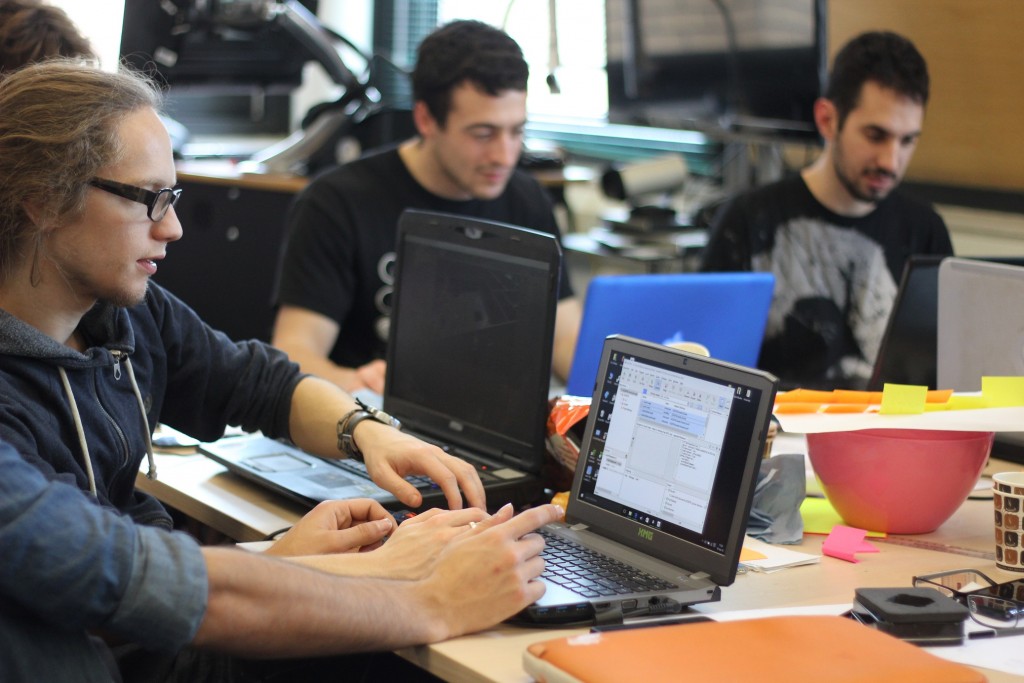 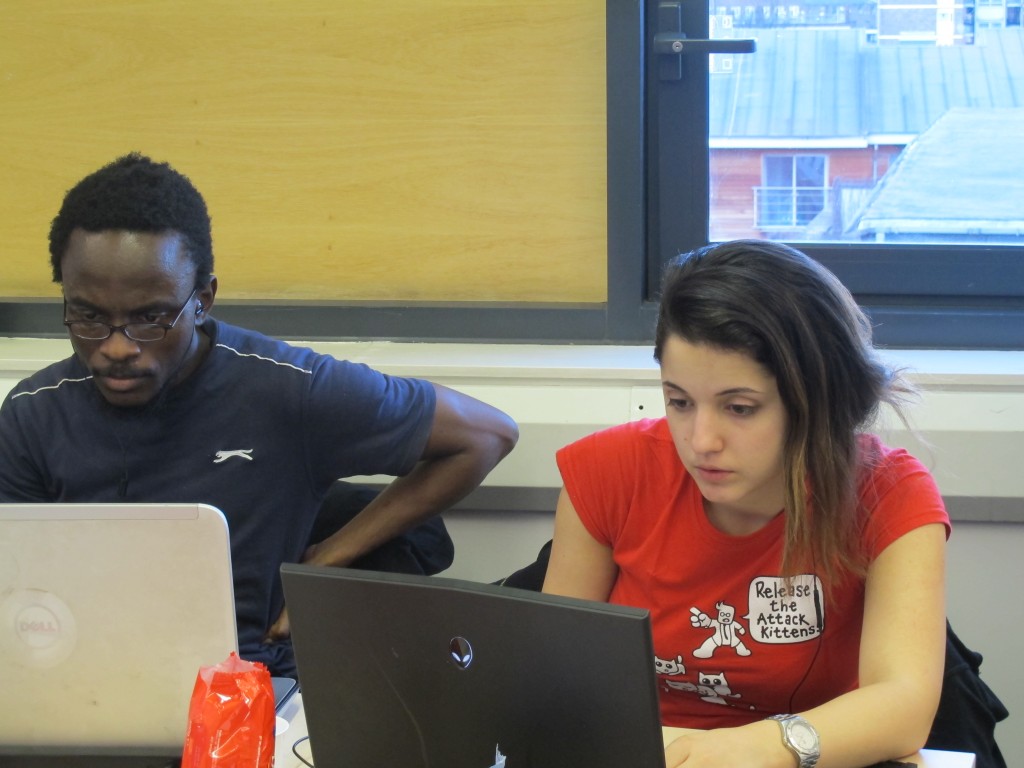 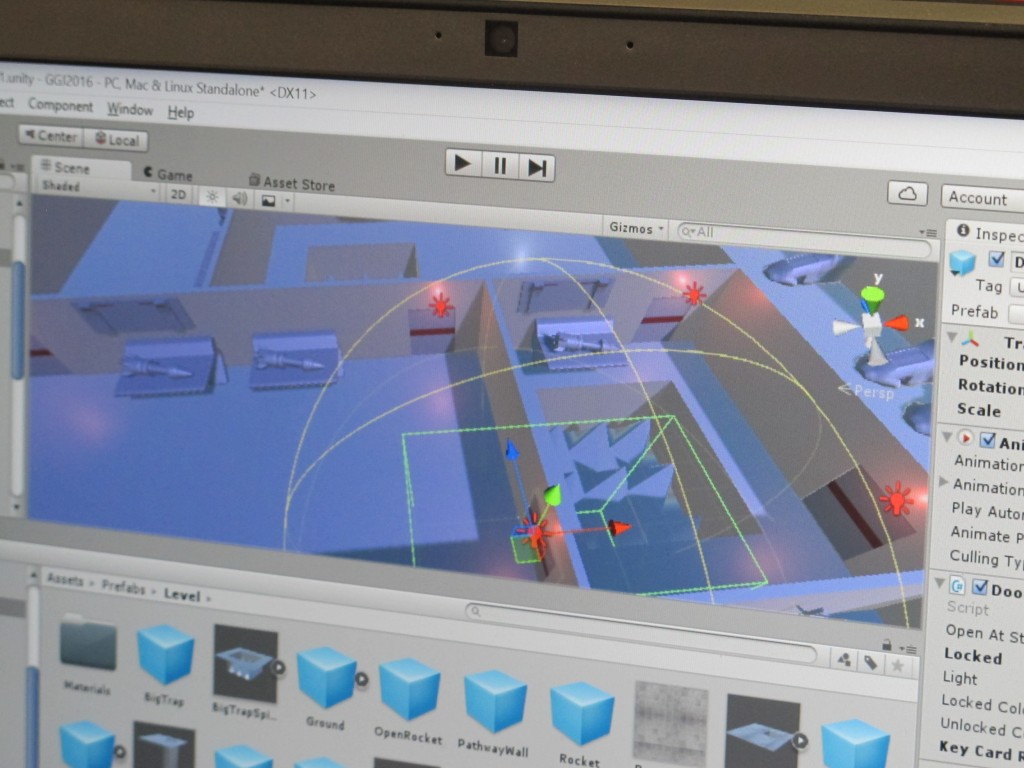